In Puerto Banús, restaurants are expected to offer the very best of their specialty cuisine. Le Bistroman, which opened up in El Corté Ingles a few months ago, does just that – and more. Apart from serving top quality traditional French dishes, there’s is also a twist to this latest addition to restaurants in Puerto Banús: Le Sushiman. 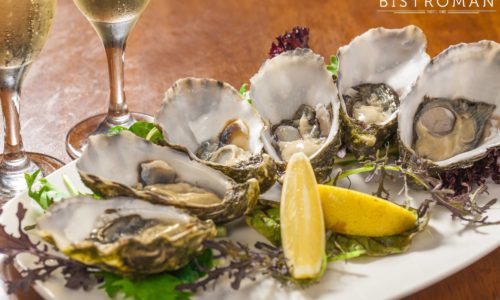 Miguel Angel García Marinelli’s experience in the restaurant business is as extensive as his name. Over the last 20 years he has spoiled the Spanish nation with Asian cuisine, directing restaurants such as Tse Yang, Café Saigón and Tse Yang Dim Sub Club. But with Le Bistroman, things got personal. For the restaurant’s carte, Marinelli reached back to his French origins in what he considers his most personal and “whimsical” project so far. Classic dishes such as Boeuf Bourguignon, Canard à l’orange and Escargots are served daily. But also breakfast and lunch classics such as homemade croissants and authentic French omelettes with fine herbs, cheese or mushrooms are not missed on the menu. And the dessert, well… We can’t even begin to describe all of those delicious treats!

But diving deep into the past hasn’t made Marinelli forget about his more recent experience. As a pleasant twist to the extensive traditional French menu, Le Bistroman is joined in the kitchen by Le Sushiman. This Asian themed carte has an exciting selection of sashimis, makis and temakis with a size and price for everyone. Like Marinelli’s career which it honours, the concept proves that a French culinary basis works really well with foreign culinary ideas such as the sushi bar. It’s something that really makes the newest of restaurants in Puerto Banús stand out from the rest.

With its carte that is both traditional and renewing, Le Bistroman makes for a promising new addition to Puerto Banús’ restaurants. We are certainly eager to sample its croissants in the soft and springy armchairs, at oval tables that encourage easy conversation. It is not until the high season that the restaurant will get its true endurance test, but so far it looks good. Very good. Have you dined here yet? Let us know in the comments below what you thought about it!

As a high quality search agent with a focus on quality property in Marbella and surroundings, Realista is keen to offer her clients a glimpse of what living in Marbella is like. We regularly post about lifestyle and luxury properties in Marbella. Check back to this blog often to stay up to date!