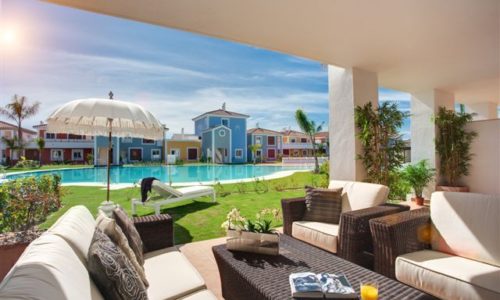 Good news for Andalucia! Recent data has shown that the region is the second most popular in Spain for foreigners to buy a house. It is overtaken only by Valencia in terms of house sales to buyers from abroad. This Spanish property news was recently published by the Spanish Ministry of Public Works.

The data from the Spanish Ministry concerns the time period between January and September 2014. It shows that last year, more and more foreign residents in Spain have carried out real estate transactions on homes. In total, they have spent 6,077.4 million Euros, which is 28.4% more than in 2013. El Mundo reported that out of this total, foreign residents spent a good 1,429 million Euros on house purchases in Andalucia.

It was further reported that there is a continuing trend to buy existing, rather than newly-built property. 5,404.4 million Euros in total was spent on second hand homes, an increase of 33.4% compared to 2013. In contrast, the number of new houses sold dropped slightly with approximately 1.1%.

The news about Andalucia can in part be explained by towns such as Marbella. Here, over 85% of the property is sold to foreigners. One likely reason for this is that the average quality of properties for sale in Marbella is very high. Another related reason is the jet-set character of the town and the surrounding area. In any case, because of the high number of foreigners purchasing Marbella property, the area is more independent from the strength of Spain’s national economy as the rest of the country. It’s one of the reasons Marbella is the leading city in Spain when it comes to residential sales volume growth.

An attractive time to buy for Brits

British people usually represent the largest group when it comes to foreign buyers inquiring after homes in Andalucia. This leading position might very well be increased, now that the already strong British Pound is strengthening further against the Euro. Experts predict that 2015 will see even more Brits looking for Spanish property, now that they can take advantage of the favourable exchange rates. The fact that property prices are still at a lower level makes the idea even more tempting. Are you thinking of buying a home now that the time seems right? Feel free to browse our available properties for sale in Marbella. We’ll be happy to help you if you have any inquiries.